Oregon Water Wonderland, Unit 1 was developed in the late 1960’s.  The OWW1 neighborhood has 350 lots, half of them developed with homes and/or storage buildings.  Many of the properties lie along the Deschutes River, while others border U.S. Forest Service lands.

The Property Owners Association formed in 1968 and has five board members, who meet as needed to conduct OWW1 business.  The OWW1 POA annual meeting takes place on a Saturday in August at the LaPine Rural Fire District building on S. Century Drive.  The primary purpose of the Association is to maintain the paved roads—keeping them in good repair, as well as making sure that they are plowed properly during winter months—, while administering the locking mailboxes on S. Century Drive.  The board also functions, in general, to promote the overall well-being of the community.  To this end, the Association is involved with wildfire safety issues, working in conjunction with the Upper Deschutes River Coalition and the LaPine Rural Fire Protection District in order to increase owner awareness and preparedness, while addressing other matters of local concern, such as noxious weed control, litter collection and drainage maintenance.

OWW1’s greatest strength lies in its location; amid towering pines, bordered by a scenic river, and with numerous lakes and mountains within easy reach . . . thus providing an environment to be treasured—and preserved—-by all who come here. 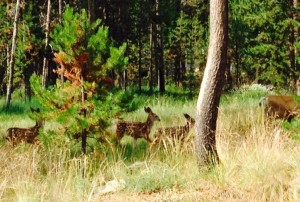 OWW1 POA currently assesses annual fees of $100 for each lot owned.  The fees are for a fiscal year (July 1 to June 30), and billing is mailed around July 1 of each year.  You can make your payment online right here.

Subscribe to Receive the Latest Notices & Minutes via Email

We will not sell or share your email address. You may unsubscribe at any time.